REVIEW OF "FAMILY SKELETON"
in
BOOKSELLER AND PUBLISHER

Carmel Bird is an incredibly distinctive writer who has earned a loyal following of fans in the . In Family Skeleton, she mixes acidic authorial asides with an intimate examination of the life and diaries of Margaret, the elderly matriarch of the O’Day family. The O’Day family has, for generations, been engaged in the lucrative funeral business, and Margaret presides over all of them from the window of her Toorak mansion. However, there are buried secrets in her backyard that she herself is not aware of, and when a visiting American relative arrives in town, she proceeds to dig them all up—much to Margaret’s consternation. Set in a not-too-distant future where funeral plots can be customised in a way that feels uncomfortably familiar, Family Skeleton will appeal to readers who enjoy the works of Margaret Atwood, Kate Grenville and Thomas Keneally. Bird is a writer fully in charge of her voice—its range, fluctuations and ironies—and Family Skeleton is a richly detailed and enjoyable examination of both the process of fashioning identity and the art of pulling it apart.


Posted by coco bellevue at 1:07 AM No comments: 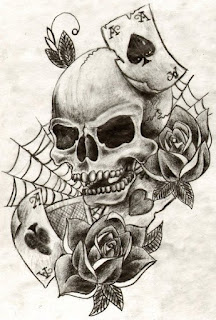 Prologue by the Storyteller

Imagine you have a talking skeleton in the wardrobe. That’s me. I still have my own teeth.
Once upon a time, in the years between the great wars, there was born a baby girl named Margaret.  This happened in the artistic atmosphere of Eltham in the shire of Nillumbik, twenty kilometres to the north-east of Melbourne. Margaret’s childhood was happy, although during some of it the whole world was at war for the second time. When Margaret grew up she married Edmund who was a very distant cousin, and she went to live in the wealthy atmosphere of Toorak in the city of Stonnington, five kilometres to the south-east of the Melbourne Town Hall. And lived happily ever after. You think so? There was happy and there was sad. Life’s like that. Even Cinderella died in the end. Margaret and Edmund had four children, and in the way of things, before he was quite seventy years old, Edmund died. So Margaret lived alone in the lovely old house built by Edmund’s father. She was known as a philanthropist and patron of the arts, and people from the news media would sometimes come round with various recording devices and would then tell stories about her and her good works and her pretty family life in Toorak. These stories didn’t get very far beneath the surface. How could she possibly be as good as she seemed? One morning she said to her faithful housekeeper, Lillian: ‘I think I’ll write my memoirs.’

Now we’re getting somewhere.
Posted by coco bellevue at 2:17 AM No comments:

Writing students have sometimes told me they wish for a book that will not only provide advice about skills, but will somehow urge and inspire the reader to write and continue to write. I hope that Dear Writer Revisited will fulfill the students’ wishes and answer the needs of both new and experienced writers.

I believe that fiction writers find the material for fiction in their own memories of life - it's what their imaginations do with that material that characterises the fiction. Books, films, newspapers, television and so on give people a lot of information which acts as a sort of secondhand memory. This kind of material can be a source of inspiration, but when much of the content of the fiction is borrowed from this source, without passing through the particular medium of the writer's heart and imagination, the fiction can fail to engage the reader, can be dull and unconvincing. This is not a blunt exhortation to write in a simple-minded way about the facts you know while ignoring the possibilities of the things you don't know; rather I am suggesting that one of the finest and purest and most exciting and inventive and rewarding elements of the writing of fiction is the imagination of the writer. But the first field of the writer's enquiry actually is the writer. Find out who you are and what you know, and then more or less forget it – fly off wide of your own base. “The heart knows things, and so does the imagination. Thank God. If not for the heart and imagination, the world of fiction would be a pretty seedy place. It might not even exist at all.” Stephen King “The fiction arose out of the unconscious, coupled with observation but above all with imagination.” Daphne du Maurier Recently I was talking to a man who had been kind enough to send me a lot of research material for one of my books. During the conversation the man asked me how I was going to use the material. His question prompted me to come up with a useful and straightforward explanation – I said that I would read all the papers he had sent me, I would take some notes, then I would more or less forget the material and make stuff up. That would be the novel.
Posted by coco bellevue at 4:58 PM No comments: