I LOVE THIS BOOK

TITLE: The Life and Opinions of Maf the Dog, and of His Friend Marilyn Monroe AUTHOR: Andrew O’Hagan PUBLISHER: Faber and Faber

This novel declares itself in its title. It is written by Marilyn’s Maltese. The world is probably divided into two kinds of people, those who like books by dogs and those who don’t. I do. I loved the idea of this book when I first heard of it, and I was utterly captivated by the reading, thrilled by the wit, energy and rhythm of the writing. The reflections of Maf are superb insights into America in the early sixties, as well as into big subjects such as literature, art, psychology, history and politics. This is philosophy at its most engaging. There is an ancient tradition in literature where animals speak to and for humans. Maf identifies a book by Cervantes ‘The Conversation of the Dogs’ as marking the birth of the genre in the development of the modern novel, and goes on to cite examples by Woolf, Chekov, Orwell and many more. Kafka he quotes: ‘All knowledge – the totality of all questions and answers – is contained in the dog.’ The view Maf gives of Marilyn is unlike any other, and is ultimately a most lucid and moving one. He can read her mind, and there is a point at which she can read his. He is so wise and wistful, she so fragile and doomed. On the one hand this book is a revelation about all the dogs in literature and art, and on the other it is a novel of profound and highly entertaining insight into the human heart.

Posted by coco bellevue at 8:33 PM No comments: 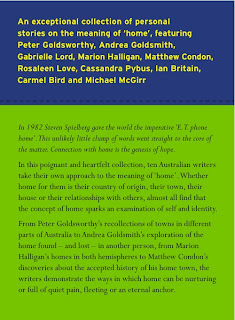 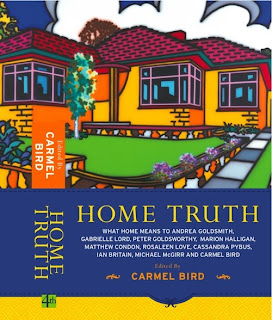 Posted by coco bellevue at 8:08 PM No comments:

Book Group Notes - for - Child of the Twilight

Twilight is the dangerous time when nothing is quite as it seems. In what sense is Sydney a ′child of the twilight′?

How significant are our biological origins in shaping our identities?

In Rosita′s imagination the ′wellbeing of mankind was being held together with prayer′. Does the novel portray tragedy and disaster as a result of a stitch being dropped in the embroidery of the Divine Heart prayers?

In her own art, Cora refers to Jan Van Eyck′s Marriage of the Arnolfini but in quite startling ways. What does this say about her and her attitudes to marriage and fertility?

Do you think that the school staff - in particular the headmistress, Dr Silver reacted appropriately to Cora Mean′s accident in the art room?

What roles do Furta Sacra (holy theft) and miracles play in the Child of the Twilight? How do these ideas affect the way the characters see our world?

′Fiction is the perfect place to put the facts,′ says Sydney. What are the advantages for her telling her story as fiction rather than fact?

What do you think Sydney believes was most influential in creating her life - science or her mother′s prayers?

How reliable is Sydney as narrator?

The theft of the statue represents a serious interference to the order of things. Throughout the novel the idea of ′interference′ looms large: Sydney′s conception, Diana′s manipulations, Barnaby′s work as a surgeon, to name a few instances. These are worldly interferences. However there is also a more mystical side to interference in the form of prayers offered and prayers answered. When is interference a good thing?

Rufus′ father is involved in the MOSE project in Venice. What is the symbolic significance of this project in the lives of Cora and Rufus?

The characters are described by their attributes - Corazon the Fertile, Diana the Manipulator, Cosimo the Trickster. This gives the narrative a quality of fable or mystery play. How effective is this technique in a novel of today?

Assisted Reproductive Technology, with its acronym ART provides the impetus or the germ of the novel, and there is a great deal of ′art′ in the usual sense also. How do these to two interpretations of ′art′ function together?

How do you think Roland′s life was shaped by the violent death of his twin sister?

The old painting of the indigenous Madonna in the church in Tasmania has previously escaped Diana′s notice. What is the significance of her realisation of its existence?

Both Sydney and Cosimo can never know their genetic origins. In what ways does this fact affect their lives and their outlook?

What is your opinion of Sydney′s morality with regard to reading Edith′s diary and extracting its secrets?

Eleena was killed during a cricket match. What are the roles of games and accident and destiny in the novel?

Why do you think Sydney′s imaginary friends are native Americans?

The narrative criss-crosses the globe. Even Rosita the Spinster finally makes it from Australia to Europe, and it seems that there have been English Vinnicombes in rural Tasmania. What is the significance of these migrations?

What is the significance of Barnaby′s work as an eye surgeon?

What is the significance of Avila′s business ′Marriages Performed at Sea′?

A miracle is something that can not be explained except by divine intervention. What is your response to ′miracles"?
Posted by coco bellevue at 5:45 PM No comments: